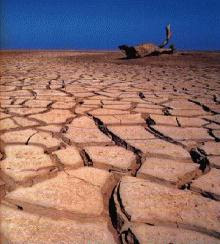 At the outset of every season, each team aspires to win the Stanley Cup. Six months later, the playoff seeding is set and only 16 teams continue to chase that dream. The remaining 15 clubs must wait until next season to renew their quest for the Cup. For them, the playoff drought begins.

The chart below describes, in descending order, the number of seasons each of the current 15 teams has gone without making the Stanley Cup playoffs, showing the last year they qualified for the postseason.


On the other hand, five teams that qualified for last year's offering fell short this year (Anaheim, Los Angeles, Minnesota, New Jersey, Philadelphia). For 12 of the past 14 seasons, year-to-year playoff turnover of at least five clubs has been typical, proving parity in the NHL's modern salary cap era. Carolina's wildcard berth this year stopped their playoff drought at 9 seasons, one shy of the all-time record of 10 straight playoff misses held by Edmonton and Florida.

The largest year-to-year change in terms of playoff participants is seven, which has occurred in 3 of the past 5 postseasons (2015, 2017, 2018). Only five times in NHL history have the defending Stanley Cup champions failed to qualify for the postseason (Toronto 1968, Montreal 1970, New Jersey 1996, Carolina 2007, Los Angeles 2015), a list the defending Stanley Cup Champion Washington Capitals are happy to avoid.

In terms of team salary cap, 2 of the top 5 spending teams (Detroit 1st, Edmonton 3rd) and 7 of the bottom 10 spenders (Chicago 22nd, Arizona 23rd, Montreal 24th, Vancouver 25th, Philadelphia 26th, Ottawa 28th, New Jersey 30th) missed the playoffs, proving that neither well-financed nor under-capitalized teams are immune from failure. That said, 7 of the top 10 teams in terms of salary cap qualified for the postseason, so being a top spending squad can't hurt.

For the 15 teams on this list, the playoff rains can't come soon enough.